Even if you don’t have celiac, gluten could still be the root of your problem.

If you’re here and reading this, it’s likely because you’ve noticed something off in your body. Maybe you’ve noticed that you don’t feel well any time you eat foods loaded with wheat. You go to your doctor, they test you for a wheat allergy, but the test comes back negative. Your doctor suggests that maybe it’s not wheat, but the gluten in it is causing the issue.

The doctor wants to test you for celiac, so you agree to further testing. After blood work and possibly an endoscopy, the doctor tells you it’s not celiac. You feel like you’ve hit a wall; what else could it be?
It could be non-celiac gluten sensitivity.

Non-celiac gluten sensitivity, also referred to as gluten intolerance, isn’t as widely known as its more destructive sibling, celiac. That doesn’t mean it doesn’t exist, though, and while widespread acceptance clinically has been a bit slow, there’s enough research to establish it as a genuine disorder.

Let’s start with establishing the culprit before moving on. Gluten is a protein found in several widely used grains, though the most commonly known is wheat. Other glutinous grains include rye, barley, and a less common grain called triticale that’s a cross of the two.

Grinding these grains creates the most commonly used flours in western culture, mainly because they contain gluten—something particularly true of wheat. Gluten gives baked goods their internal structure and elasticity, allowing them to rise or be kneaded or rolled. It’s pretty typical to encounter gluten every day, whether in obvious items like cupcakes or more innocent-seeming items such as soy sauce.

In celiac disease, gluten causes the body’s immune system to attack its small intestine. The resulting damage to the intestine, specifically the villi lining it, makes it difficult or, sometimes, impossible to absorb nutrients, leading to a wide array of symptoms varying in severity. This attack by the immune system creates clear blood tests or endoscopy, leading to a definitive diagnosis of celiac.

In gluten sensitivity, the damage is neither as direct nor as extensive. Eating foods containing gluten contributes to discomfort and other symptoms, but the body doesn’t create antibodies against the gluten or attack the intestines. Essentially a person with gluten sensitivity can experience many celiac symptoms but will always fail diagnostic tests for celiac disease because the immune system isn’t involved.

While all of this is important, remember that the research still hasn’t definitively established that gluten is the only factor in triggering gluten sensitivity. Other potential triggers include carbs that are hard to digest, known as FODMAPs. Wheat, barley, and rye are all considered “high” FODMAP foods, meaning a person who reacts to FODMAPs should avoid them if at all possible.

If you think you may be gluten sensitive, do some reading on FODMAPs as well, and make sure to bring them up to your doctor. It may be that your needs are more in line with requiring a low-FODMAP diet over or in combination with a gluten-free one to relieve your symptoms best.

The digestive symptoms of gluten sensitivity are strikingly uncomfortable and persistent. Symptoms include often include bloating, gas, abdominal pain, nausea, and diarrhea or constipation. In some lucky folks, those last two will take turns until you think your body never knew how to poop correctly in the first place.

Many of these symptoms overlap with other digestive issues such as IBS and functional dyspepsia, making a diagnosis that much more difficult. Fortunately (for diagnostic purposes, not for the sufferer), gluten sensitivity creates plenty of non-digestive symptoms as well. These can include headaches, brain fog, joint pain, fatigue, skin issues, depression, and neuropathy, which is a general term for nerve-related symptoms that cause things such as numbness and tingling.

What that means is that it’s usually diagnosed by process of elimination. Your doctor may first suspect IBS, functional dyspepsia, or even a wheat allergy. When treatments for those disorders fail, they may move on to the blood tests and endoscopies typical to diagnosing celiac. After failing those tests and still feeling uncomfortable, you may try a gluten elimination diet. Assuming that makes you feel better, you can finally receive a diagnosis of non-celiac gluten sensitivity.

If it’s only gluten sensitivity, will eating entirely gluten-free help?
Yes. The research continues to be mixed on whether someone with gluten sensitivity will need to remain on a gluten-free diet for their entire lives. However, it does appear that anyone who feels better when gluten is removed and worse when it’s reintroduced should attempt a trial period of eating gluten-free.

Since the research on whether simply reducing gluten works still isn’t complete, it may be safer to go ahead and eliminate it, which means checking everything you consume for gluten. Essentially, if other treatments haven’t worked and eating a diet that removes or at least significantly decreases gluten leads to feeling better, then that’s what you should do.

However, as with any dietary shift, change your eating habits carefully and consulting with a doctor and dietician. Particularly in western diets, gluten-rich foods also tend to be essential sources of fiber and B vitamins, so going gluten-free on your own can lead to nutritional issues and cause even more health problems. A health team will be able to consult with you, discuss your needs, and make your transition safe and for a good reason. 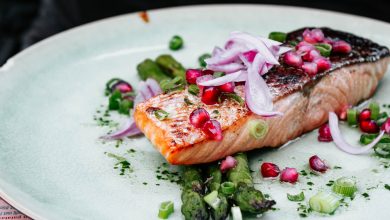 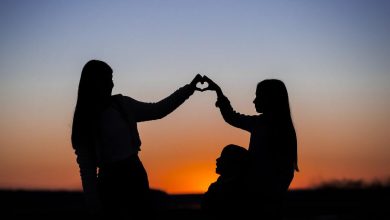